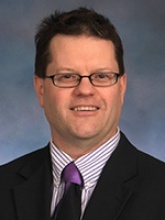 Dr. Jeff LeJeune has been recruited by the United Nations Food and Agricultural Organization for a three-month assignment beginning October 1st at its headquarters in Rome to provide technical advice, and to help launch and coordinate several of the initiatives outlined in a recent UN declaration on antibiotic resistance. Dr. LeJeune is a professor in the Department of Veterinary Preventive Medicine and the head of the Food Animal Health Research Program at the Ohio Agricultural Research and Development Center in Wooster, Ohio.

During a recent gathering at the United Nations on September 21st in New York, the entire assembly signed a political declaration requiring countries to create national plans to fight antibiotic resistance in medicine, agriculture and the environment. These plans will be based on a blueprint on antimicrobial resistance developed in 2015 by the World Health Organization, the UN Food and Agricultural Organization and the World Organization for Animal Health. This was only the fourth time the United Nations has convened to address a health issue, following action on Ebola in 2014, non-communicable diseases in 2011 and HIV/AIDS in 2001. After two years, UN secretary-general, Ban Ki-moon of South Korea, will gauge each country’s progress.

“It is a global health threat that needs a global response,” LeJeune said in a recent interview with The Guardian.

Antibiotics and similar drugs, collectively known as antimicrobial agents, have been around for 70 years. But because they have been used so extensively, organisms have built up resistance to the drugs, rendering them less effective – a problem considered by many to be the world’s most pressing public-health concern.

According to the Centers for Disease Control and Prevention, each year at least 2 million people in the United States become infected with bacteria that are resistant to antibiotics and at least 23,000 people die as a direct result of these infections. Worldwide, the annual death toll attributed to antimicrobial resistance is estimated at 700,000 and by 2050 that number is projected to increase to 10 million if urgent steps are not taken.

Because of the complexity of the problem, the most effective response will include a coordinated effort across disciplines, LeJeune said, including in medicine, agriculture, veterinary medicine, public health and environmental health.

Ohio State takes part in education, outreach and research and has a multidisciplinary team of individuals who meet regularly and are actively involved in a number of complementary approaches.

LeJeune Laboratory has been working on understanding the ecology and mechanisms of how antibiotic resistance is spread, from bacteria to bacteria, from farm to farm and around the world. Researchers there also study how farm management practices affect disease transmission, including the tracking of wildlife such as birds, which are known to transmit antibiotic-resistant organisms, from one farm to another. This has also explored how bacteriophages (viruses that infect bacteria) can transmit antibiotic resistance from one bacterium to another, and it is developing educational materials to help agricultural workers protect themselves.

Read more at the Discovery Themes news at: https://discovery.osu.edu/news/.