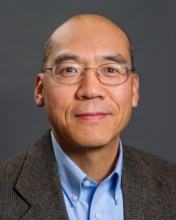 Study could contribute to new therapies

A new study reveals details about the evolutionary contest between HIV and the human immune system that could one day improve treatment.

Research led by Shan-Lu Liu of The Ohio State University demonstrates the important role of one protein in allowing HIV to flourish within human cells despite the immune system’s efforts to beat it back.

The study, published March 6th, in the journal Proceedings of the National Academy of Sciences, provides more information than previously understood about the role of a protein called Nef in HIV infection.

“We have identified new modulators of HIV, which is notoriously ‘smart’ and well-equipped at evolving to fight its adversaries in the human body,” said Liu, professor of virology in the university’s Center for Retrovirus Research and departments of Veterinary Biosciences, Microbial Infection and Immunity and Microbiology.

“HIV and the human immune system have been at war for so many years. Work such as this could advance efforts to give people an edge in that battle.”

By examining the cellular-level activity in the laboratory, the research team showed that the protein Nef antagonizes another protein called TIM, effectively reducing its power to protect human cells and making it easier for the HIV virus to thrive. TIM stands for T cell immunoglobulin and mucin domain.

“Nef changes the rules so that the TIM protein is no longer working as well – it lowers its presence on the cell surface, and prevents it from getting out of the cell. We show for the first time that this promotes the release of the virus by antagonizing TIM,” said Liu, who is a co-director of Ohio State’s Viruses and Emerging Pathogens Program within the university’s Infectious Diseases Institute.

"HIV and the human immune system have been at war for so many years. Work such as this could advance efforts to give people an edge in that battle." Shan-Lu Liu

Study co-author Eric Freed of the National Cancer Institute said that scientists traditionally thought of cells as passive vessels that are taken over by viruses and altered to the viruses’ benefit.

“However, in recent years, virologists have been increasingly appreciating that cells have evolved complex defense mechanisms to combat viral infection. In turn, viruses have evolved mechanisms to counteract the cells’ innate immune system,” said Freed, director of the NCI’s HIV Dynamics and Replication Program.

In a previous study, the research team discovered that members of the TIM family of proteins are able to trap virus particles at the cell surface, preventing them from leaving the cell and going on to infect new cells, he said.

“The new study advances that finding, showing that Nef can counteract the activity of the TIM proteins by increasing their removal from the cell surface and trapping them within the cell. There is also a fascinating interplay between the TIM family of proteins and another group of antiviral factors known as the SERINC proteins,” Freed said.

Liu said it is critical that scientists understand these interactions “because HIV is really good at evolving to fight against its host and we want to find potential new approaches to fighting back. And it is important to not only look for ways to potentially change the virus, but to change the host’s response to it.”

“Can we someday use this information to make HIV less pathogenic to humans? I think it’s possible,” he said.

Though antiretroviral medications have been largely successful at keeping HIV from advancing to AIDS, researchers continue to search for potential therapeutic targets that could improve treatment. Many, including Liu, have worked for decades in hopes of developing a viable vaccine. But that day may never come, largely because of the rapidly evolving nature of HIV, Liu said.

Perhaps a more attainable goal would be to create some sort of “super restriction factor” that would anticipate the evolution of the virus and adequately fight it, he said, adding that at least one research team is exploring that possibility.

“Understanding this evolutionary battle may provide novel antiviral mechanisms that either harness the cell’s defense mechanisms or prevent the virus from counteracting these defenses,” Freed said.

Other Ohio State researchers who worked on the study were Minghua Li, Jingyou Yu, Cong Zeng and Yi-Min Zheng. Abdul Waheed of the National Cancer Institute was a co-author, as were Boston University researchers Amin Feizpour, Bjoern Reinhard and Suryaram Gummuluru and Academia Sinica researchers Hui-Yu Chen and Steven Lin. The work is funded by the U.S. National Institutes of Health.