Dr. Genoveffa Franchini has been the Chief of the Animal Models and Retroviral Vaccines Section, Center for Cancer Research, National Cancer Institute at NIH in Bethesda, Maryland since 1997.
Dr. Franchini received her MD from the University of Modena in Italy and is certified by the Board of Hematology. Her postdoctoral training at NIH in Bethesda began as a Fogarty Fellow in 1979. She worked with Dr. Robert Gallo during the exciting discovery of HIV-1, the AIDS virus. Since that time, she has continued her highly productive scientific career at NIH.
Dr. Franchini has made exceptional contributions to the field of retrovirology from molecular biology to translational vaccine strategies. Her early work characterized the oncogenes of several retroviruses. She has studied the persistence and pathobiology of multiple oncogenic retroviruses and lentiviruses, including HTLV-1, HIV-1 and SIV. She was the first to sequence SIV and made the critical identification of the fusion peptide of SIV and HIV.

HTLV-1
Dr. Franchini has made several seminal contributions to our understanding of the first identified human pathogenic retrovirus, HTLV-1. She sequenced multiple HTLV-1 patient isolates and showed that the infected tumor cells were clonal. She has since identified and characterized the roles of multiple HTLV-1 proteins, including Tax, p8, p12 and p30. This body of work has led to deeper understanding of the ability of HTLV-1 to persist and transform T cells, leading to leukemia.

Retroviral Vaccines
Dr. Franchini has been working on HIV vaccine development for over 20 years. A pre-clinical trial of an HIV vaccine regimen developed in her laboratory was the first to demonstrate protection in human subjects. She has extensively characterized the adaptive and innate immune responses to viral infection and vaccination. Her continued development of vaccine strategies in non-human primate models importantly includes evaluation of mucosal transmission and gender differences. Her work has extended to the development of a novel combination DNA and recombinant protein vaccine strategy to prevent monkeypox infection of non-human primates, which could be applied to smallpox.

Dr. Franchini holds numerous patents and has published over 290 papers. She serves on the editorial boards of seven journals and chairs the HIV vaccine study section. She has been awarded the Outstanding Mentor Award five times from the NCI Fellowship Office, the NCI Mentor of Merit Award twice, as well as the NCI Director Award and the NIH Award of Merit. 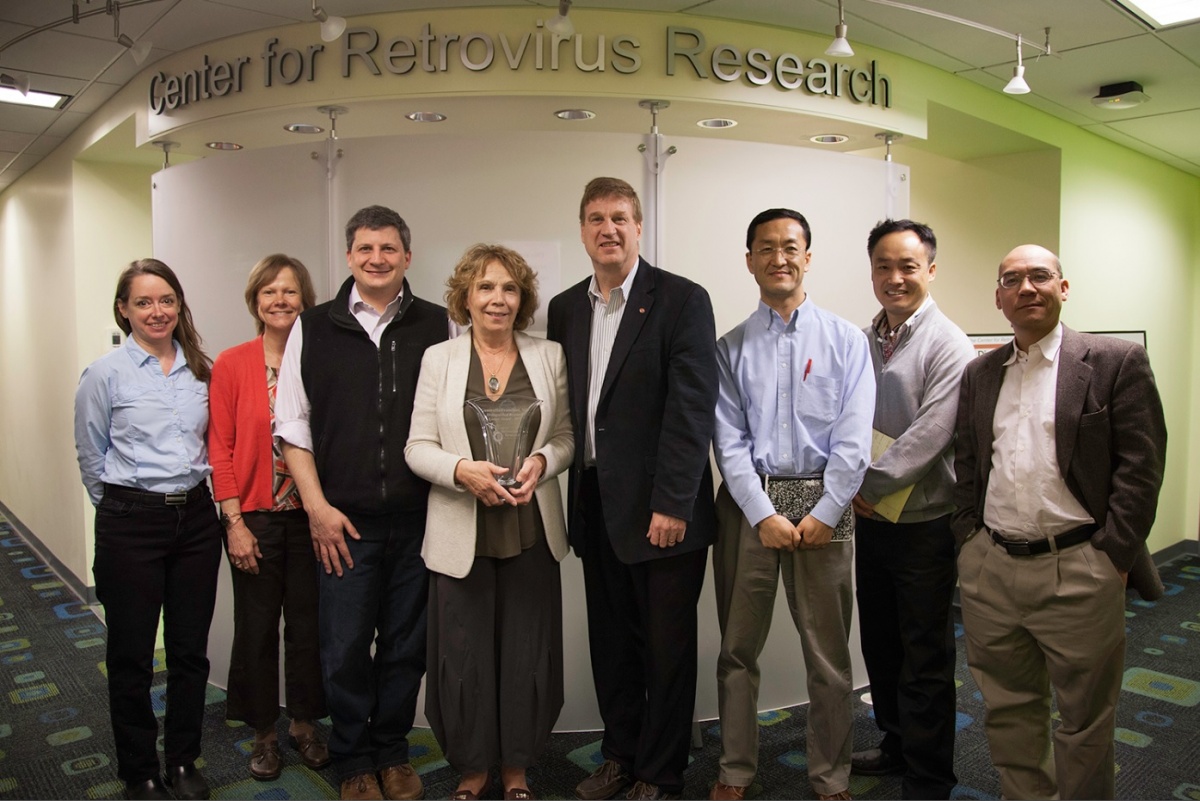 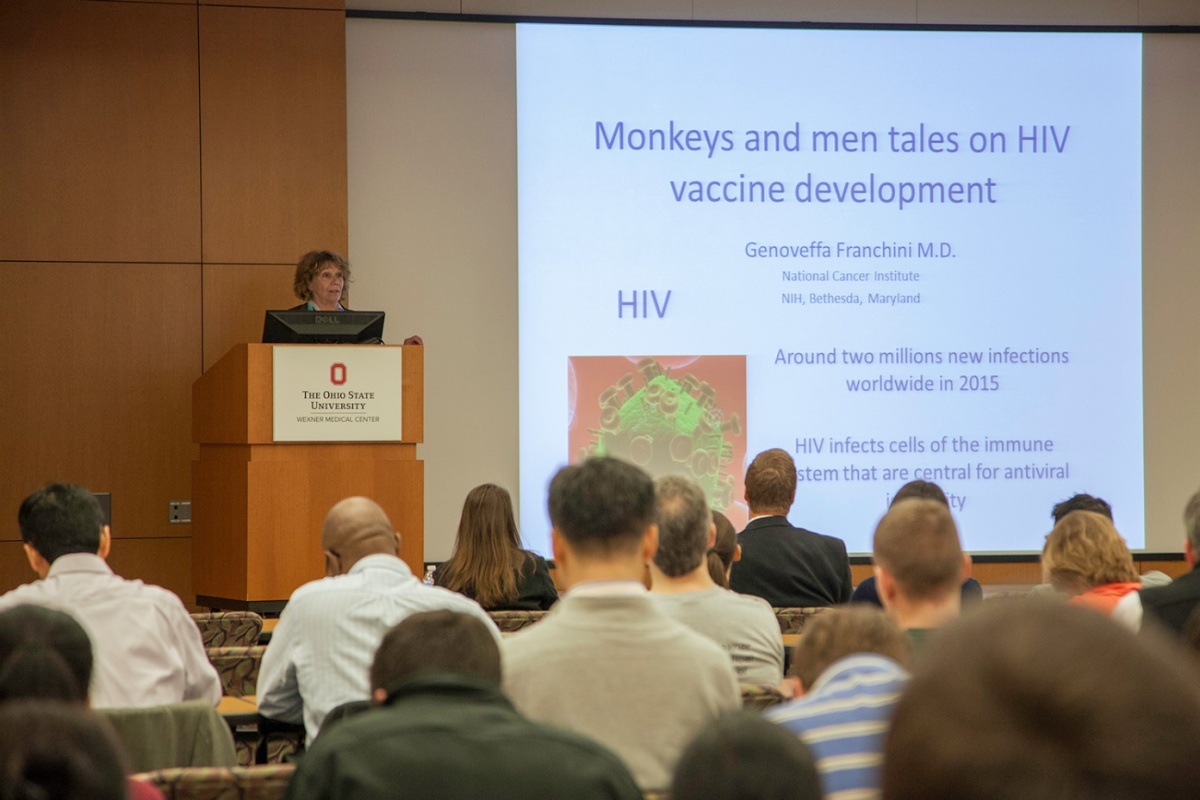 Dr. Genoveffa Franchini during her distinguished research seminar presentation to the Center for Retrovirus Research and OSU faculty, staff, and students.