Masao Matsuoka, MD, PhD is a physician/scientist and oncologist who received his medical and doctorate degrees from Kumamoto University School of Medicine in Japan. He then completed a postdoctoral fellowship at the University of California, Berkeley. Following his postdoc, Dr. Matsuoka returned to Japan where he became Professor and eventually Director of the Institute for Virus Research at Kyoto University. He currently serves as Professor in the Department of Hematology, Rheumatology and Infectious Diseases at Kumamoto University.

Dr. Matsuoka is a leader and innovator in human T-cell leukemia virus type 1 (HTLV-1) research. HTLV-1 was the first identified pathogenic human retrovirus and is the etiologic infectious agent of adult T-cell leukemia (ATL). Dr. Matsuoka’s earlier work uncovered both genetic and epigenetic inactivation of the viral Tax oncogene in ATL cells. These results led to our understanding of how HTLV- 1 latency is achieved. He also found that the 3’ LTR of the HTLV-1 provirus is remarkably hypomethylated, leading him to the discovery of the anti-sense viral transcript, Hbz. Not only is Hbz expressed in all ATL cells, but Dr. Matsuoka made the pivotal discovery that both the Hbz protein and RNA have proliferative effects in infected T cells. In addition, he found Hbz expressing transgenic mice develop T cell lymphomas – further highlighting the critical role of Hbz along with the transactivator, Tax, in ATL development.

Dr. Matsuoka and his research team are currently focused on the molecular pathogenesis of ATL. As a researcher who connects clinical science and retrovirology, his work also involves the establishment of novel therapeutics, such as antivirals and immunotherapy, to ATL and other HTLV-1-associated diseases.

Dr. Matsuoka has published over 200 research articles, reviews and book chapters in the field of retrovirology. He is the associate editor of Cancer Science and an editorial board member of Retrovirology, Current Opinion in Virology, and Cancer Research. He was previously awarded the 2011 Retrovirology Prize, which recognizes the achievements of an outstanding retrovirologist.

Dr. Matsuoka was selected by the Center for Retrovirus Research of The Ohio State University to receive the 2019 Distinguished Research Career Award in recognition of his substantial body of work on HTLV-1 molecular pathogenesis and patient therapies. 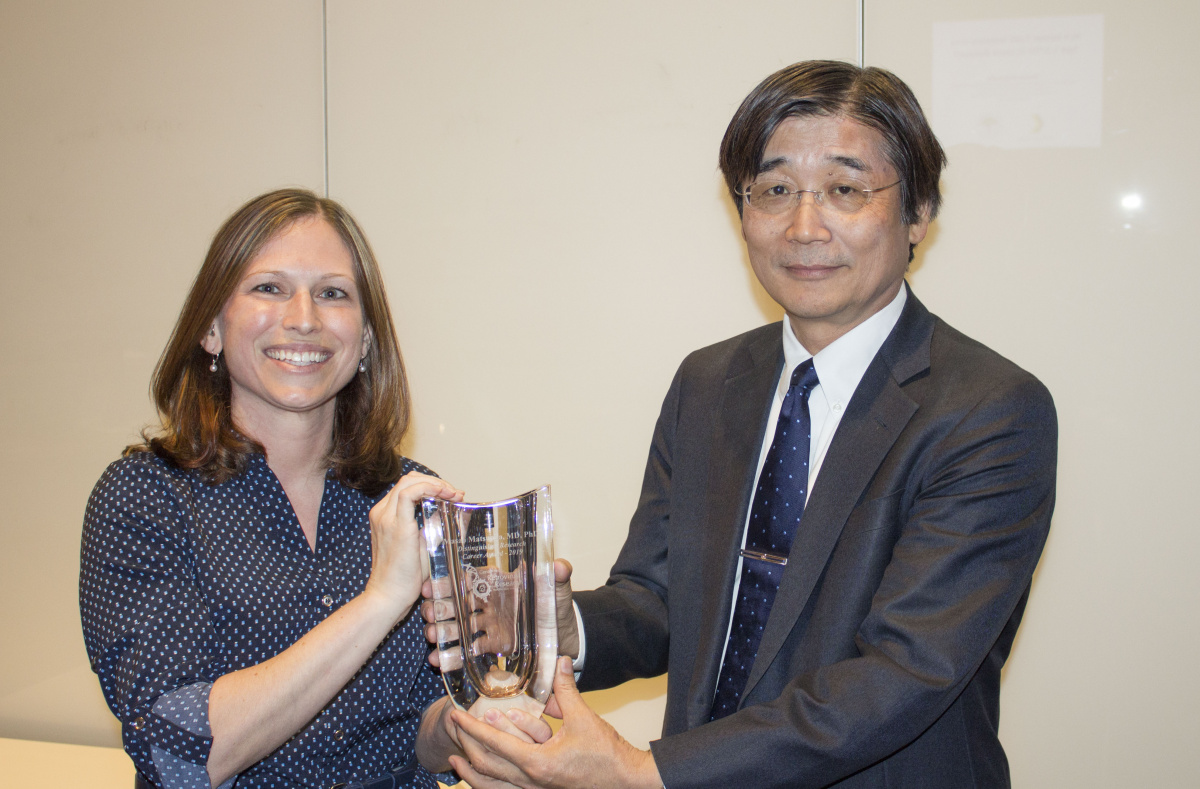 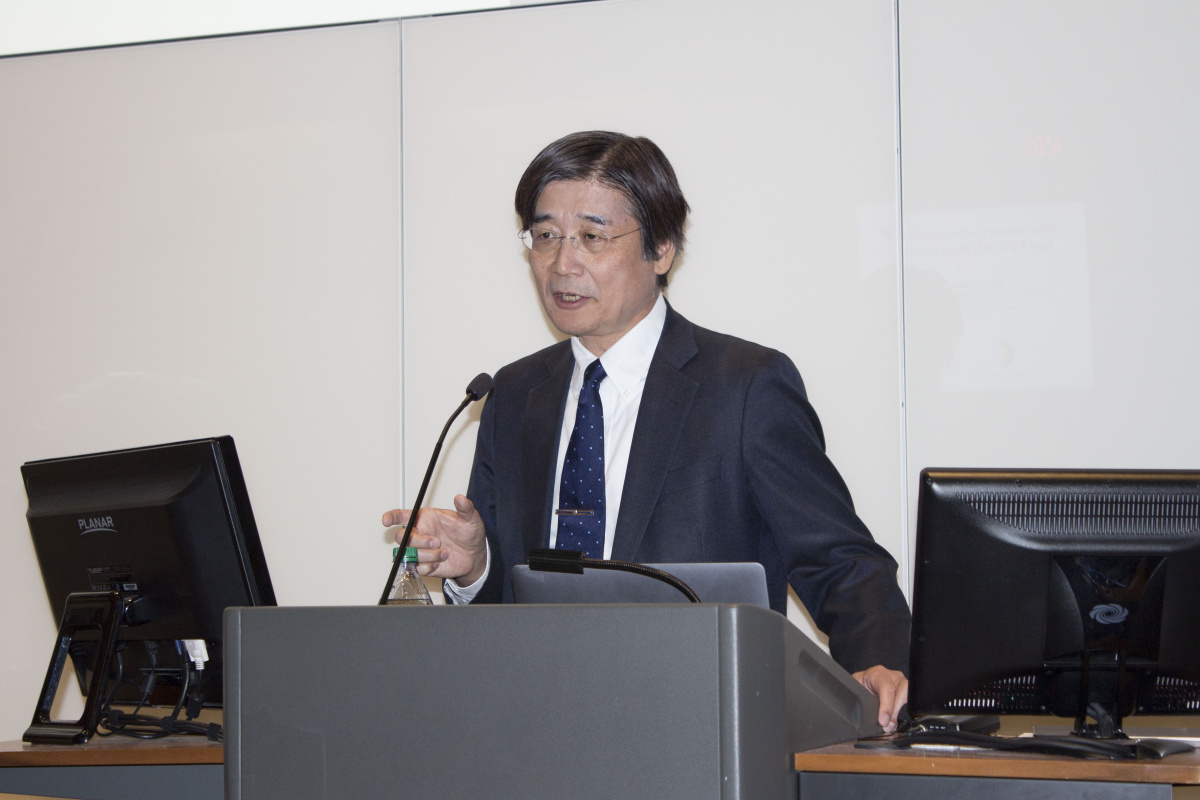 Dr. Masao Matsuoka during his distinguished research seminar presentation to the Center for
Retrovirus Research and Ohio State faculty, staff, and students. 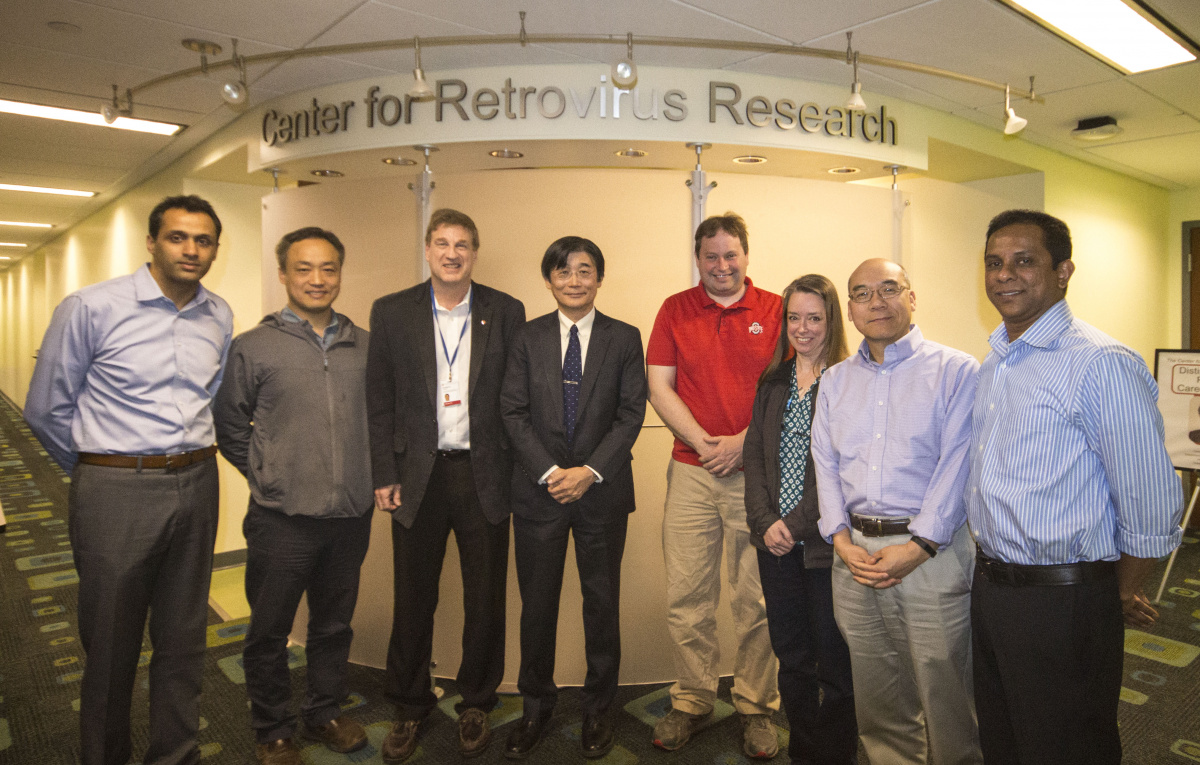