Dr. Eric Freed received his PhD in 1990 in the laboratories of Drs. Re Risser and Howard Temin at the University of Wisconsin-Madison and did postdoctoral work with Dr. Temin at UW-Madison in 1991. His work in Madison focused on the function of the murine leukemia virus and HIV envelope glycoproteins in membrane fusion and virus entry. he joined the Laboratory of Molecular Microbiology (LMM) at the National Institute of Allergy and Infectious Diseases (NIAID) in 1992, where he worked with Dr. Malcolm Martin on HIV assembly and entry/post-entry events in the HIV replication cycle. In 1997, Dr. Freed was appointed as a Tenure-Track Investigator in LMM/NIAID, and he was promoted to a tenured Senior Investigator position in 2002. In 2003, he joined the HIV Drug Resistance Program (HIV DRP, renamed as the HIV Dynamics and Replication Program in 2015).

He was an organizer of the 2004 Cold Spring Harbor Meeting on Retroviruses, 2006 ASCB Conference "Cell Biology of HIV-1 and Other Retroviruses," 2012 Keystone Symposium "Frontiers in HIV Pathogenesis, Therapy Eradication," 2014 Keystone Symposium "The Ins and Outs of Viral Infection: Entry, Assembly, Exit and Spread," Viruses 2016 Conference "At the Forefront of Virus-Host Interactions," and Viruses 2018 Conference "Breakthroughs in Virus Replication," and he served on the Scientific Committee of the International Retroviral Nucleocapsid Protein and Assembly Symposium in 2013 and 2016.

He was appointed as the first Editor-in-Chief of Viruses in 2009, Editor of Journal of Molecular Biology in 2012, and Editor of Recent Advances in HIV-1 Assembly and Release in 2013. He also currently serves on the Editorial Boards of a number of journals, including Journal of Virology, Retrovirology, and Frontiers in Virology, and is an Associate Editor for Science Advances and Fields Virology.

He was selected as an NCI Mentor of Merit in 2010 for excellence in mentoring and guiding the careers of trainees in cancer research, and in 2011 he was appointed to the NCI Senior Biomedical Research Service. Dr. Freed was appointed as the Deputy Director of the HIV DRP in 2014 and became Director of the HIV DRP in 2015. He was a sitting member of the NIH AIDS Discovery and Development of Therapeutics (ADDT) study section (2012-2017) and served as ADDT Chair from 2015-2017. He received the Outstanding Science Alumni Award from Penn State University in 2014 and the NCI Research Highlights Award in 2016.

He is currently Chair of the Advisory Panel of the CRR Center for Molecular Microscopy, Co-Chair of the NIH Virology Interest Group, Chair of the 2018 Norman P. Salzman Memorial Symposium in Virology, and Co-Organizer of the gp41 Cytoplasmic Tail Structure and Function Workshop, and served on the Organizing Committee of the 2018 Annual Meeting of the American Society for Virology. He is also a Co-Director of the University of Maryland Virology Program and an Adjunct Professor in the Department of Cell Biology and Molecular Genetics at the University of Maryland, College Park. In recognition of his outstanding contributions to the field of retrovirology, Dr. Freed was awarded the KT Jeang Retrovirology Prize in 2018. He was elected to Fellowship in the American Academy of Microbiology in 2019.

Dr. Freed was selected by the Center for Retrovirus Research of The Ohio State University to receive the 2020 Distinguished Research Career Award in recognition of his substantial body of work contributing to our understanding of HIV-1 molecular pathogenesis and the mechanism of retrovirus entry into target cells. 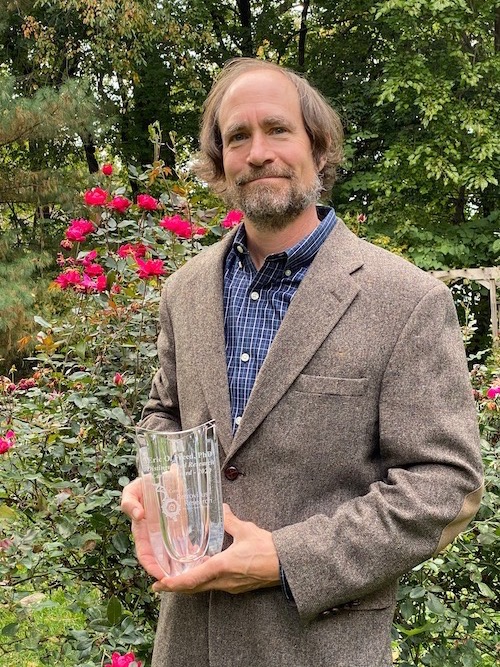