The Heart of Phoenix Equine Rescue chose the name “Turner” for a horse they found in need of a necessary corrective surgery because they were able to help him “turn the page” to a new chapter of his life. Turner was found in an unfortunate, neglectful situation where he had an uncorrected limb deformity which made him unable to use his foot on one of his hind limbs.. When the rescue first met Turner, he was in poor shape but longed to be touched and comforted. The rescue received hopeful news; their local veterinarian, Dr. Steve Walker (a talented OSU CVM alumnus [2002]),  believed Turner could be fixed and make a full recovery. Dr. Turner contacted Dr. James Belknap  at The Ohio State University Veterinary Medical Center (VMC) ,a board-certified equine surgeon and member of the Equine services team in the Galbreath Equine Center, who received Turner and his caregivers. 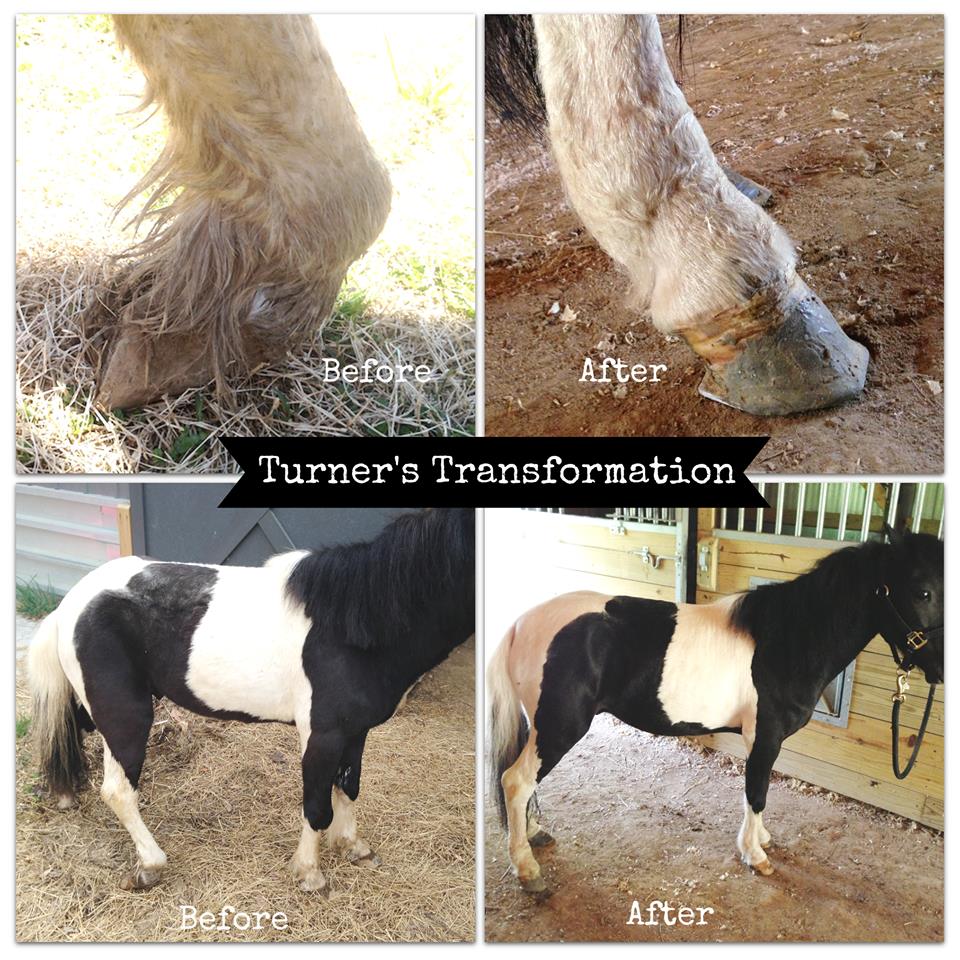 The team at the VMC was able to straighten the limb during surgery after transecting (cutting) the two main digital flexor tendons. They placed Turner in a cast, at which time, he could walk and run for the first time in his life. Although he was supposed to be castrated, now that he could use both hindlimbs, he reared up on his hindlimbs every time a mare was walked by him.  Dr. Belknap had board-certified theriogenologist at the VMC, Dr. Marco da Silva, ultrasound his abdomen where he detected an abdominally retained testicle.  To make him a better pet for adoption, the care team took Turner back to surgery and removed the abdominal testicle laparoscopically.  Turner was then able to go back home for long term care with his foster mother, Michelle Salyers and under the guidance of Dr. Steve Walker.

​Michelle was with Turner throughout the entire process at the VMC up until he was adopted later on. She says she was very impressed with the staff at the VMC and the communication she received throughout the process. “I received daily update calls from the resident on the case and Dr. Belknap 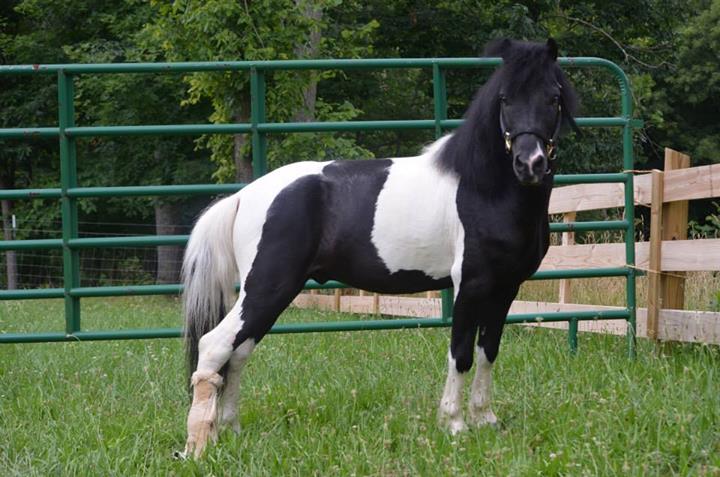 texted me frequently with updates as well. I always knew Turner was in excellent hands,” she recalls. “I had never been through a surgical procedure such as this one, so I had many questions once Turner returned to our farm for recovery. Dr. Belknap was so helpful, and our local vet was in regular communication with the OSU team as Turner healed.”

Today, Turner lives with his adoptive family and is doing well. Thanks to the helpful hands of The Heart of Phoenix Equine Rescue and the outstanding care he received at the Ohio State University Veterinary Medical Center, Turner was able to start the new and healthier chapter of his life. You can learn more about Turner’s story on The Heart of Phoenix Rescue website.