Amy and David Taylor bought Jaylyn from a farm in Wisconsin in 2013. During that summer, she was shown at the Kentucky State Fair where she placed sixth in the state within her class and took home the Junior Champion title at their local county fair. 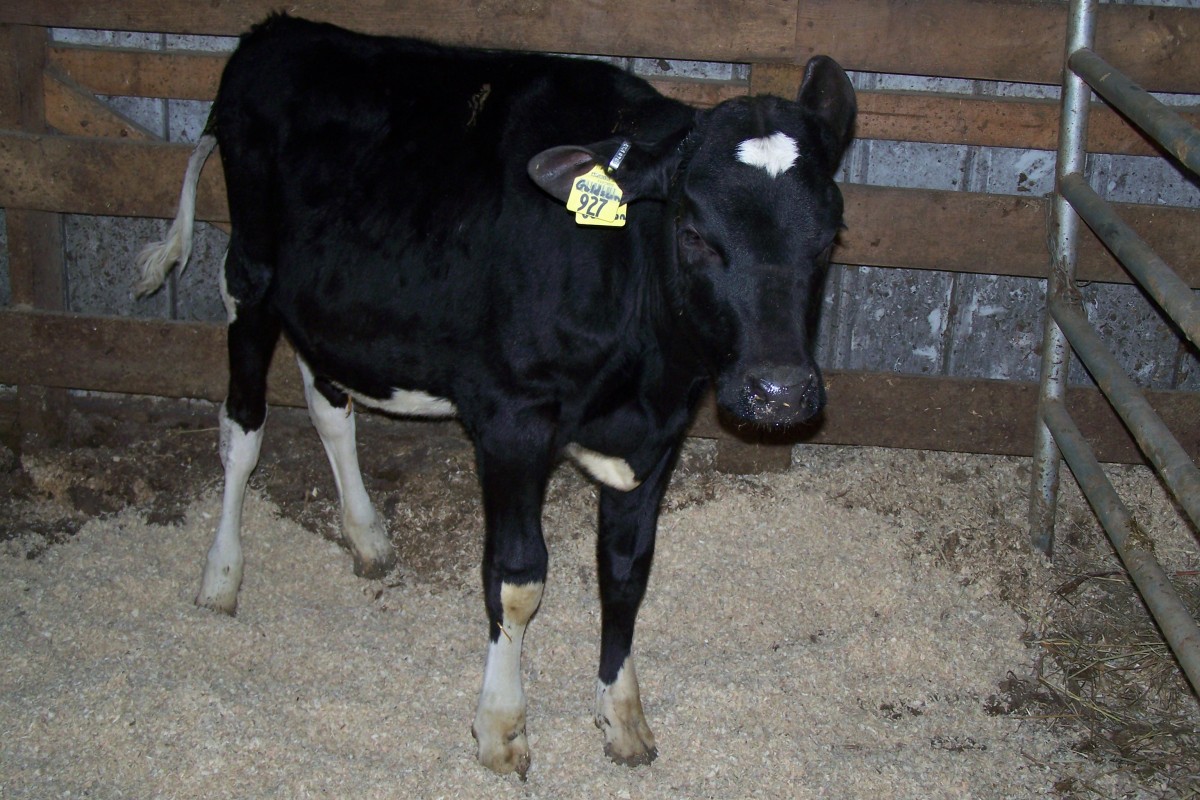 One year later, the Taylor’s bred Jaylyn in the spring of 2014 and towards the end of her healthy pregnancy, Jaylyn fell ill and was taken to her local vet where she was treated her for an upset stomach. In February 2015, she delivered a healthy calf. However, a winter birth meant the calf would require more milk than usual to survive. “We milked Jaylyn twice a day and fed the calf with a bottle. Jaylyn was giving about 50 pounds of milk a day”, Amy said.

A week after she gave birth, Jaylyn started having trouble again, from developing fevers, refusing to eat, and weight loss. Remarkably, the award-winning Holstein continued to display exceptional mothering skills during her time of illness. “Our vet even commented that the bond she had with her calf was unusual for a Holstein”, said Amy.

The Taylor’s brought Jaylyn to their local veterinarian where she was prescribed medication but showed little improvement. Her vet grew increasingly concerned for Jaylyn’s health and referred the Taylors to The Ohio State University Veterinary Medical Center (VMC) – warning that Jaylyn may not survive the four-hour trip. The Taylor’s drove straight to the VMC that day.

When they arrived, clinicians performed an ultrasound and discovered Jaylyn had a large mass of peritonitis infection from her udder to the chest and they were able to remove the mass completely. Six days later, Jaylyn was released.

It’s been over a year since her visit and Jaylyn’s health has improved and she’s off all medication. Amy and David Taylor are thankful for the time they spent at the VMC, and for the love and support Jaylyn was given throughout her illness.

“We are sure if it had not been for our local vet and the staff at Ohio State, Jaylyn would have died,” they said. “We also think the love she had for her calf kept her fighting to survive. “